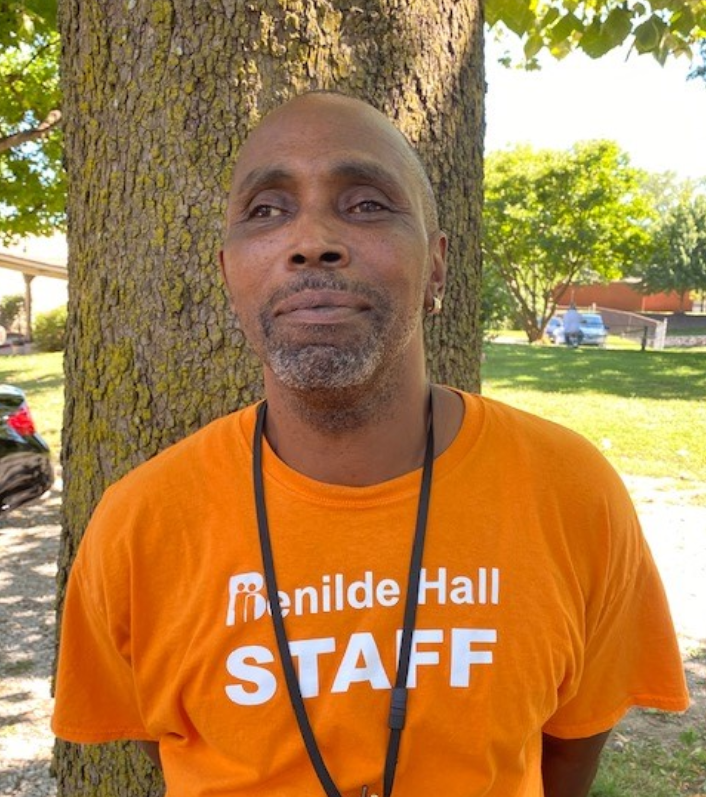 Danny Hill grew up with a close family and a good upbringing. He was the middle child in his family; he had an older brother and a younger brother.  While he was growing up, Danny describes his mother as being "a good disciplinarian." During his preteen and adolescent years, Danny's mother became the sole parental figure in his household.  After graduating high school, Danny had plans to attend college on a baseball scholarship. In 1987, Danny started experimenting with drugs. What began as using drugs on the weekends quickly became an addiction. Eventually, Danny dropped out of college and started working as a security guard. “I got high initially because I wanted to but then it became a necessity and then a habit. I had to have it. I thought I was doing okay because I was getting up and going to work every day, so I didn’t have a problem.”

Danny says his substance use "spiraled out of control” in 2004 after his grandmother passed away. “All I knew to hide the pain was to smoke crack,” Danny explains. He continued to smoke for 11 years. In 2010, Danny and his girlfriend at the time became homeless. For seven years, Danny went to jail 53 times. “Every day I would cry and pray. I didn’t know how to get help.” The last time that Danny went to jail was in 2015 after a night of drinking excessively. The police said he was at risk of having a stroke and had him stay in the medical ward. During his stay in jail, he had a spiritual experience in the middle of the night. “I heard a voice saying, ‘Help me! Help me!’ I turned over and opened my eyes and I saw myself standing there. I turned back over and tried to go back to sleep. I felt someone sit on the bunk, but I didn’t look up. I found a Bible and I started reading.” Danny realized that he needed to change his life. “After the third day, they told me my blood pressure went down and I would be getting out today. I said I’m not leaving until I get help.”

Once Danny completed 28 days of super-intensive probation at Comprehensive Mental Health Services, he came to Benilde Hall on June 30th, 2015. After being unemployed for 11 years, Danny began working for the Benilde Hall lawn crew. Four months later, he started working as a garbage collector. “I hated it, but I said if I can run and chase dope in snow, I can get on the back of this garbage truck and crawl before I can walk.” Danny saved up to buy a van, his first vehicle ever. He started driving for Benilde Hall in May 2016 and worked as a driver until September 2018, all while studying to earn his certifications. Danny is the Senior Counselor at Benilde Hall. He is a Certified Peer Specialist (CPS) and Missouri Recovery Support Specialist (MRSS) and has recently received his Medication-Assisted Recovery Support (MARS) certificate. After using substances for 28 years, Danny has been sober for five years. “Benilde Hall saved my life.” Danny seeks to be an inspiration for those in recovery. “I want people to be able to look at me and say ‘If Danny did it, I can do it.” Danny also wants those in recovery to know that the path to recovery will not always be easy. “There will be some days that are stressful, but I know that drugs and alcohol are not the answer anymore.”